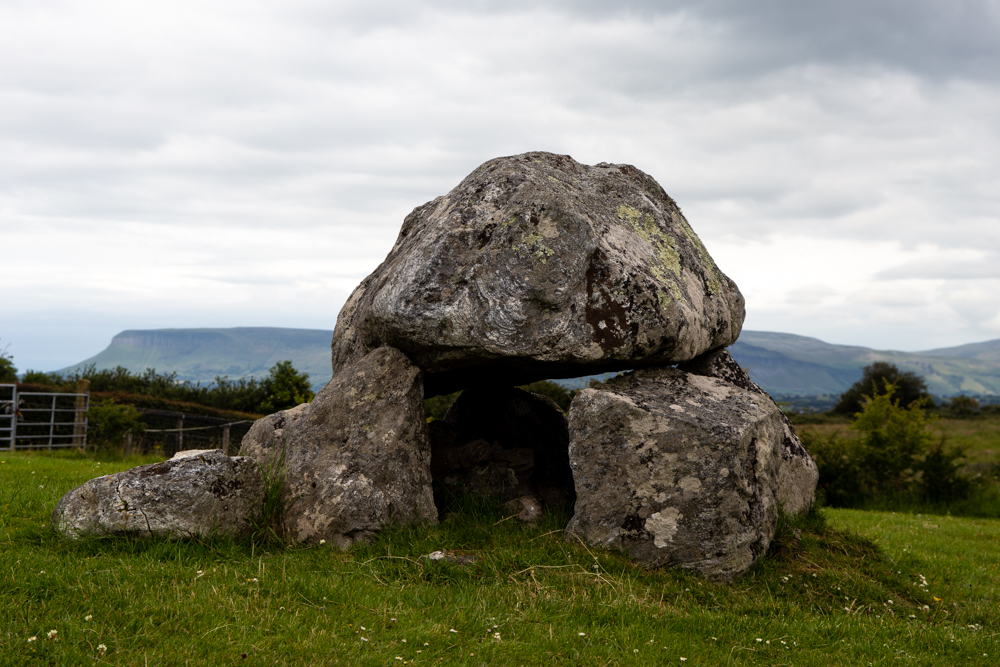 There is so much to say about our next trip, to Carrowmore, and our guide Padraig Meehan, I’m not sure we can do it justice. The Carrowmore megalithic site is home to the largest and oldest collection of stone circles and dolmens from neolithic Ireland. Again we got lucky on admission, two of us officially students, the other an honorary one. The tour was just about to start in the visitor centre with a little local context (both mythological and geographical) and an explanation of recent advances in archaeology and the extraction of ancient DNA – a technique discovered by a local team at the Sligo IT. Apparently, a particular bone in the ear which is last to decompose is a “black box for genomes” and has revealed so much we didn’t previously know (or thought we knew) about our prehistoric predecessors.  What was lovely for us as students and educators, was that Padraig credited a PhD student involved in the discovery. The history of science is too full of women in junior roles being overlooked for their achievements. Shout out to Lara Cassidy.

But enough science for now, the real story here is that Sligo and its landscape are dripping with witches. The Garavogue River which flows through the town has the distinction of being the shortest in Ireland and the only one named after a hag. The Ballygawley mountains are also home to a hag – Cailleach a Bheara, the witch of winter. The Cailleach lies in the mountains through the winter then swims in the highest lake in spring and is rejuvenated. As she flies over to nearby Knocknarea to visit her sister Maedhbh, the rocks in her pockets are dropped in unlikely places across the landscape (Padraig suggests more prosaic people would blame it on a glacier). He pointed out how the shape of the mountains (more or less) mirror the shape of a sleeping woman, her femininity enhanced by the position of the cairns atop two of the hills. There may have been the odd shape that didn’t quite fit with this theory but who are we to body shame the witch of winter. The sun’s passage across the body of the Cailleach marks the calendar year, rising at her feet in spring and then moving towards her head until the winter solstice, when it disappears for a few days before turning around.

The largest mound at Carrowmore is what’s called a focal monument, with all the other monuments within more than 100 square kilometres all facing towards it. It’s called Listoghil and is a central passage tomb, the only opened one in the area. It is precisely aligned with Tara on the other side of the country. The sun shines directly into its chamber on Samhain (1 November) and Imbolc (1 February).  At its entrance sits a large footprint stone, where pretenders to the throne would place their foot in order to be named king. As we know from Rathcroghan, becoming king meant marrying the earth goddess, in this case the Cailleach a Bheara. Every region of Ireland had its own goddess who represented nature and the king’s job was to keep her happy or nature would punish the people (and then the people would then punish him). Sligo’s Cailleach got around though, encroaching on Maedhbh’s territory in the North West, and having a peninsula (Beara) named after her in West Cork.

Padraig gave us a whirlwind history of the ‘boom and bust’ of prehistoric populations that would have used this site, each building on top of the monuments that went before. More recent newcomers used the mounds as quarries to build their big houses on captured land. The earliest hunter gatherers would have had a life expectancy of 55-70 years, while the farmers who came after them had shorter lives though their food source was more secure. Living in close communities, in proximity with domesticated animals, meant diseases could jump from animals to people and spread more quickly. Women in particular had a life expectancy of only 27, living a more sedentary lifestyle in a nuclear family and having too many children. The practice of using cow’s milk instead of breastfeeding would also have started at this time, allowing women to have more children so bigger populations were achieved at the expense of women’s shortened lives. The Kurgan hypothesis suggests earlier civilizations had been more egalitarian while the farming communities that came after them were hierarchical. Does this mean we can carbon date the patriarchy?

Carrowmore was most likely a place of pilgrimage. It was referred to as a Magnata by the Romans, which means a place of assembly of the tribes. Coins featuring Ptolemy have been found on the site. The remains of antlers (a metaphor for renewal) are believed to be passage tomb offerings. There is evidence of human burials as recently as the famine and the local community has requested that the remains of their ancestors are not disturbed. Carrowmore and Knocknarea, in whose shadow it sits, are considered sacred sites and while they are keen to attract more visitors there is concern about the sustainability of tourism. Too many visitors disrespect Knocknarea by climbing on top of the cairn despite signs requesting them not to, and new age entrepreneurs have hacked quartz from Meadhbh’s tomb to sell online.

It was about this point that we lost the rest of the tour group and the three of us girly swots had Padraig to ourselves. We got the impression that the content of the tour was shaped by the feedback from the audience, and we were a willing audience. As swifts darted about us, we followed Padraig around the site, scribbling notes furiously as we went. He told us of the strategies that prehistoric societies employed to ensure people couldn’t stay in charge, a control against ‘notions’ of hierarchy and power. We talked posthumous ritual defleshing, in order to return to the earth through decomposition, as opposed to the preservation of bog bodies and Egyptian mummifying to preserve flesh. He described how Indigenous communities in the Americas tried to contain “the alien” with women “wrapping” newly arriving colonisers as though they were contagious (which of course, many were). Our favourite theory though was the idea of “effervescence” as hunter gatherers who wandered during the summer came together around the campfire after Samhain (though we couldn’t find the Youtube video he referred to). Below are some of the resources he mentioned for those of a scholarly bent. We wish Padraig was one of our lecturers!

Gimbutas, Marija (1991). The Civilization of the Goddess: The World of Old Europe.

Major Sligo megalithic discovery unlike anything else found in Ireland. SiliconRepublic.com (2019).

Sligo’s neolithic tombs are being vandalised ‘on scale never seen before’. Irish Times (2020). 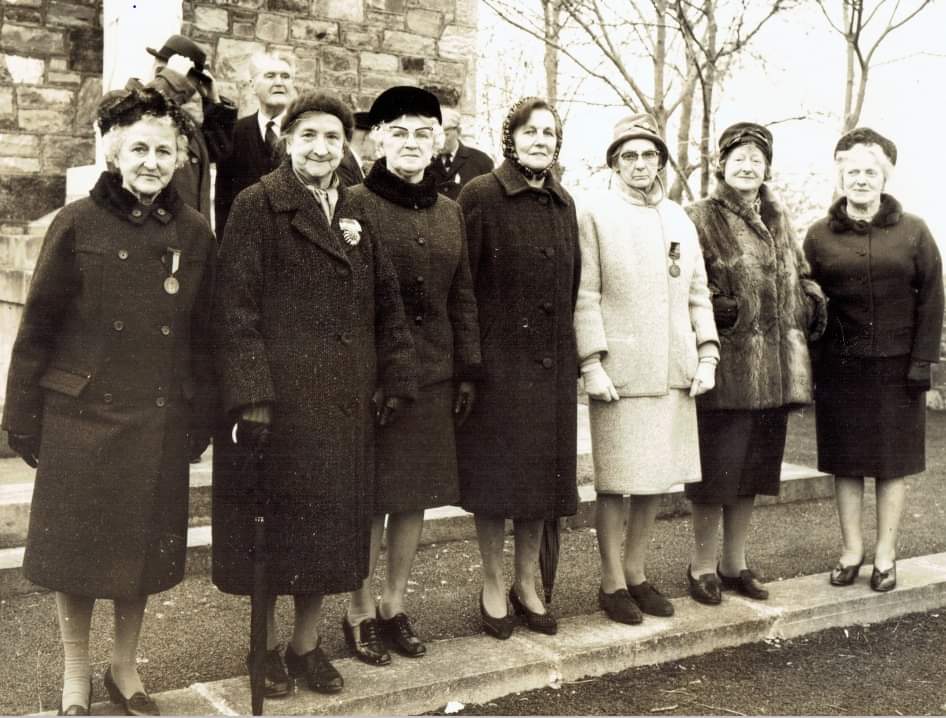 On January 28th 1874 Dr Kathleen Lynn was born near Killala, County Mayo. She fought in the 1916 Rising, was a member of the Irish Citizen Army, and founded St. Ultan's Hospital on Charlemont Street. https://t.co/4X6t627cGJ
View on Twitter 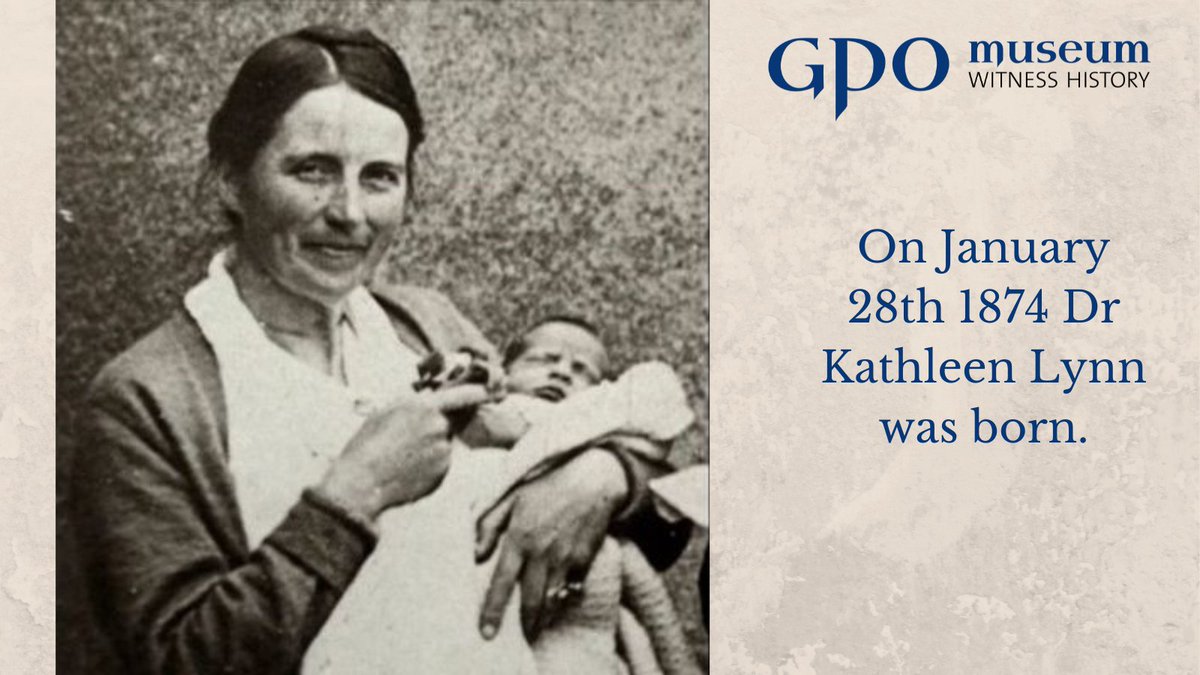 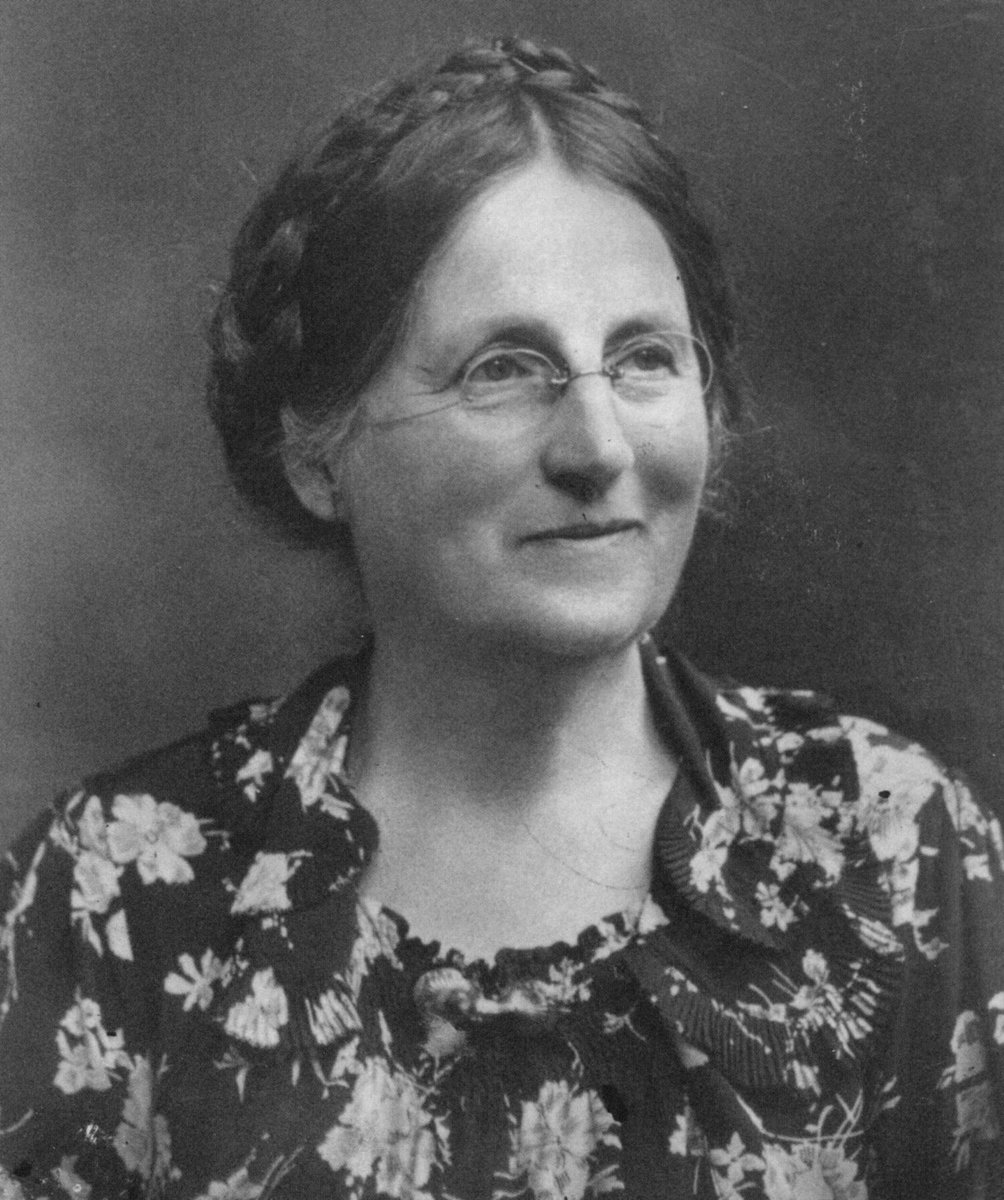 ÚnaGanAGúna: Irish women's oral histories @UnaganagunaP
Dr. Kathleen Lynn, born on this day in County Mayo in 1874, was a Sinn Féin politician, activist and medical doctor. She was the first female doctor at the Royal Victoria Eye and Ear Hospital and founded Saint Ultan’s Children’s Hospital in Dublin. https://t.co/d1XYaajplM
3
14

Dr. Kathleen Lynn, born on this day in County Mayo in 1874, was a Sinn Féin politician, activist and medical doctor. She was the first female doctor at the Royal Victoria Eye and Ear Hospital and founded Saint Ultan’s Children’s Hospital in Dublin. https://t.co/d1XYaajplM
View on Twitter 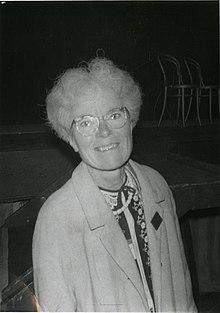 And we are GO! 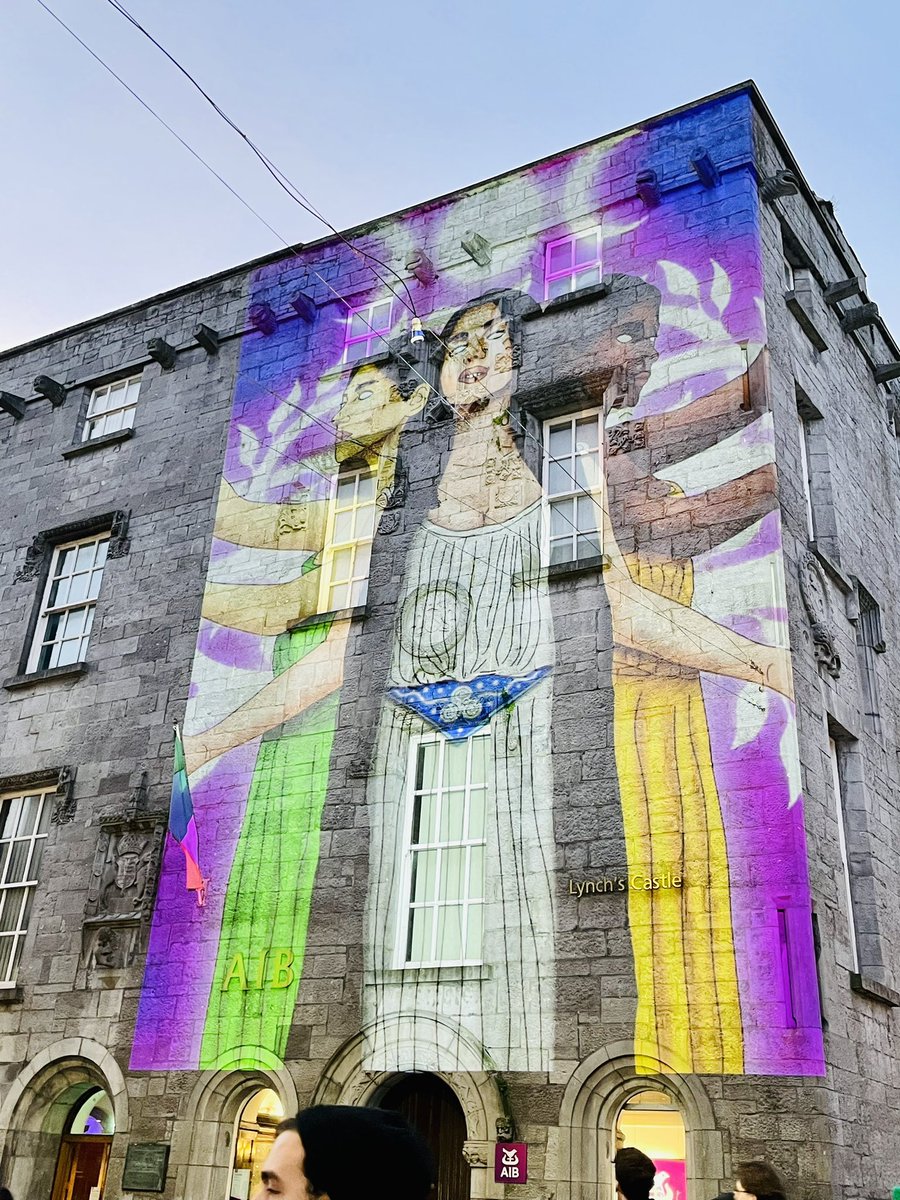